Looking at life through nano-coated lenses

The following photographs are from Albany’s “March For Our Lives,” which took place on March 24th. I’ve attended a variety of marches and demonstrations over the years, from the early 1970s to more recent events. This particular event felt different to me in a couple of ways.

For one thing, there was an emotional edge to this demonstration that I haven’t really felt in others. What created that edge was the recognition that school shootings and gun violence really are a life and death matter. While in many ways the crowd was cheerful like other demonstrations I’ve attended, hanging over this event was the awareness that people have died because of this issue, and there’s no guarantee more people won’t die in the future. In a way, it reminded me of a cancer fundraising event I’ve done for many years. In both cases, the sense of real and potential loss contributed a vivid poignancy to the occasion.

The other thing that struck me yet again during this event was the incredible articulateness and spirit of the young people leading and participating in this cause. With the sad state of many currently in our country’s political and pundit classes, I’ve grown accustomed to hearing one blithering idiot after another in the general media. But having seen and listened to the teenage members and leaders of this movement, I am in awe of their ability to present their point of view clearly, reasonably and passionately.   They deserve a lot of credit – as do their parents and their teachers.

Finally, a word about the cause of this demonstration. It seems whenever the subject of gun control comes up, things quickly break down into a division between the individual rights of gun owners versus the collective right of citizens to not live in fear of gun violence. I believe we won’t get beyond this division until we recognize its illusory nature. This is something I’ve written about elsewhere: “Getting Beyond Individualism Vs Collectivism.” 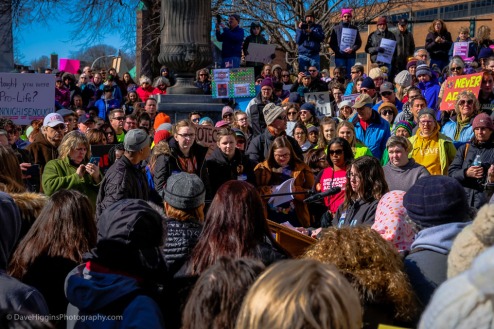 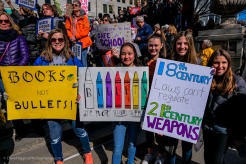 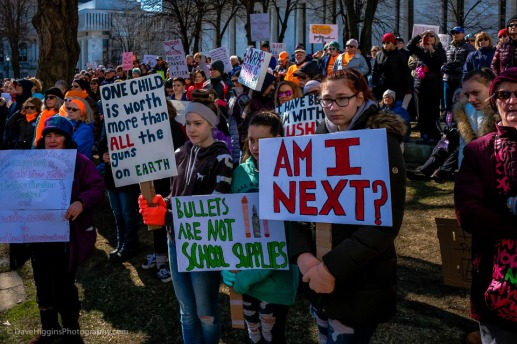 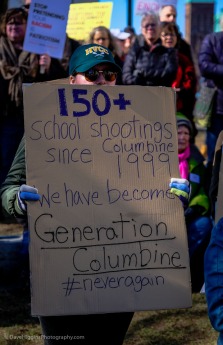 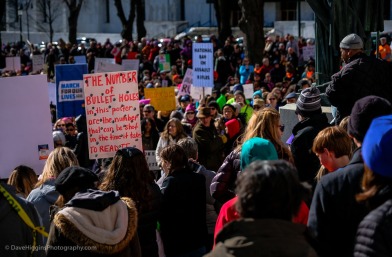 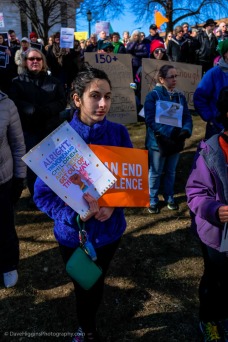 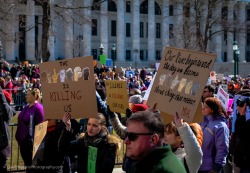 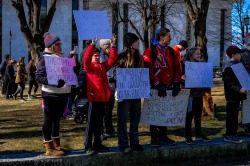 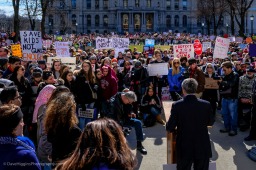 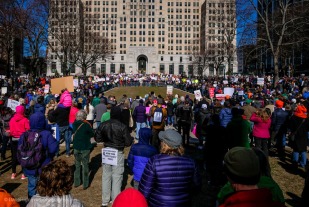 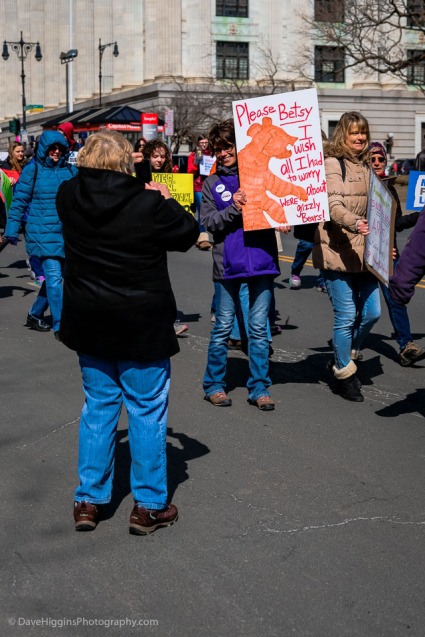 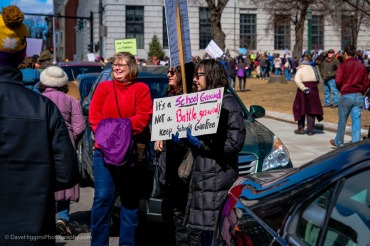 All photographs are © Dave Higgins and “Dave Higgins Photography,” 2018; all rights reserved.