Lately I’ve been exploring some of the artifacts of the “glory days” of the Hudson Valley and the Catskills. Last Sunday I paid a visit to Overlook Mountain in Woodstock, which (fittingly) overlooks the Hudson River Valley.

This is a richly historic part of the country – the earliest settlers pre-dated the Pilgrims’ arrival in Plymouth. The 1800s were a particularly lively time in the area, as the well-to-do from New York City and elsewhere built lavish estates along the Hudson or visited fancy hotels in the Catskill Mountains. Many of those estates are still maintained today, though others have deteriorated into ruins or vanished completely. Meanwhile, most of the various “mountain house” hotels in the Catskills are gone – succumbing to changing tastes in travel, the risk of fire in isolated mountain locations, and the move to preserve the Catskill mountain wilderness.

The Overlook Mountain hike goes through the ruins of the only remaining Catskill mountain hotel, the Overlook Mountain House. The third in a series of lodgings built on the spot, it was constructed of concrete to mitigate the risk of fire which had destroyed its predecessors. Sadly, this version was apparently never completed. The owner halted construction when he enlisted for WW2. When he returned after the war he found the buildings had been broken into and pretty much everything of value had been taken. Quite a “thank you” for his patriotic service! The project was abandoned, and a fire in the 1960s left the buildings in their current gutted shape.

I originally took these photos in color, but decided they work better in black and white. Among other things, I found the vivid blue skies distracting. Besides issues of composition, their cheeriness seemed inappropriate for a place that today exudes a haunted air of unfulfilled dreams and aspirations. 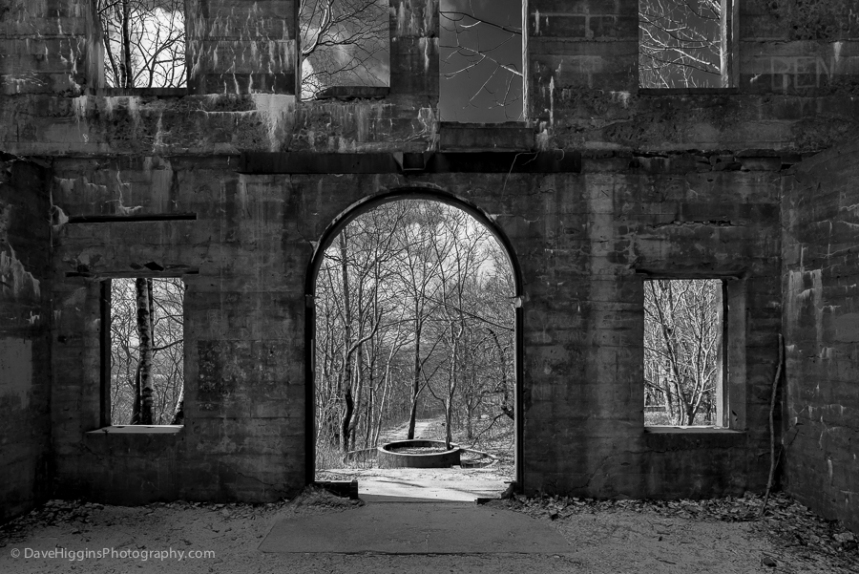 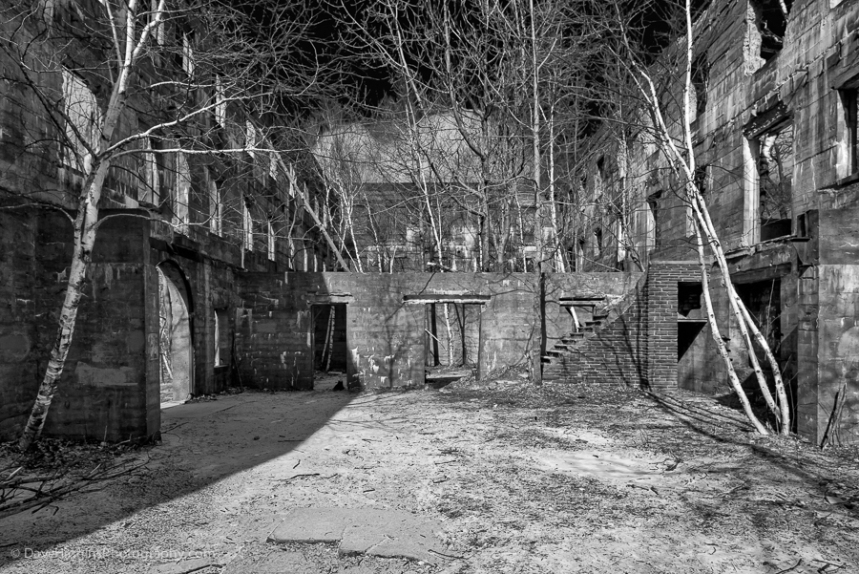 Inside the Mountain House

All photographs are © Dave Higgins and “Dave Higgins Photography,” 2016; all rights reserved.

In early March I spent a week in Alaska on a ski trip with friends. Due to the abnormally warm and dry winter there, the skiing was less than great. However, the strange weather did make things very good photographically.  Here’s a sampling of some nature scenes I found there. 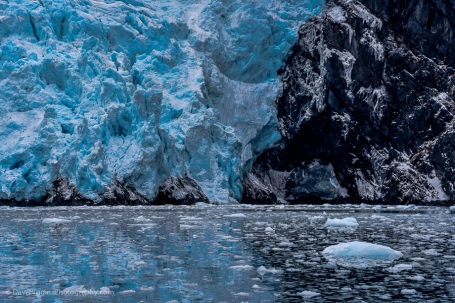 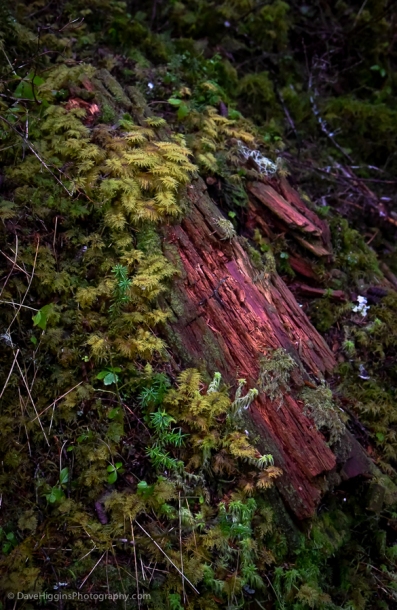 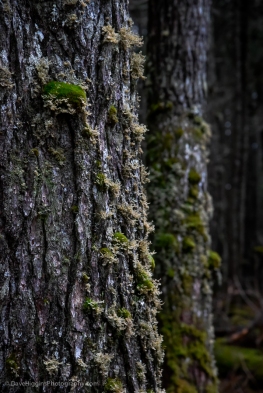 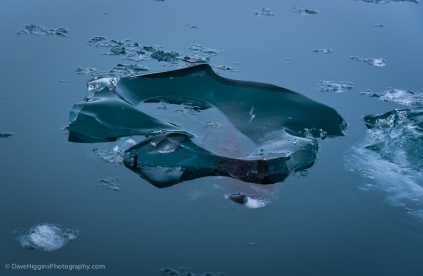 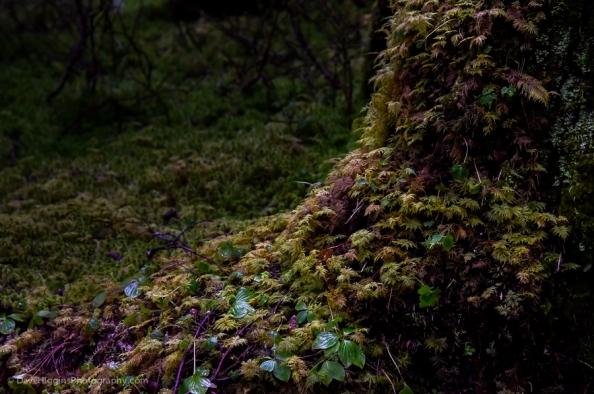 All photographs are © Dave Higgins and “Dave Higgins Photography,” 2015; all rights reserved.

I’m not a big fan of going out and taking pictures during the winter; it’s generally cold and I’d rather be skiing if I’m going to be out in the elements. But this has been a particularly cold and snowy winter, so if I want to take pictures I have to just bite the bullet, dress warmly and get out there. Here’s a sampling of winter photos; click on any image to see a larger version. 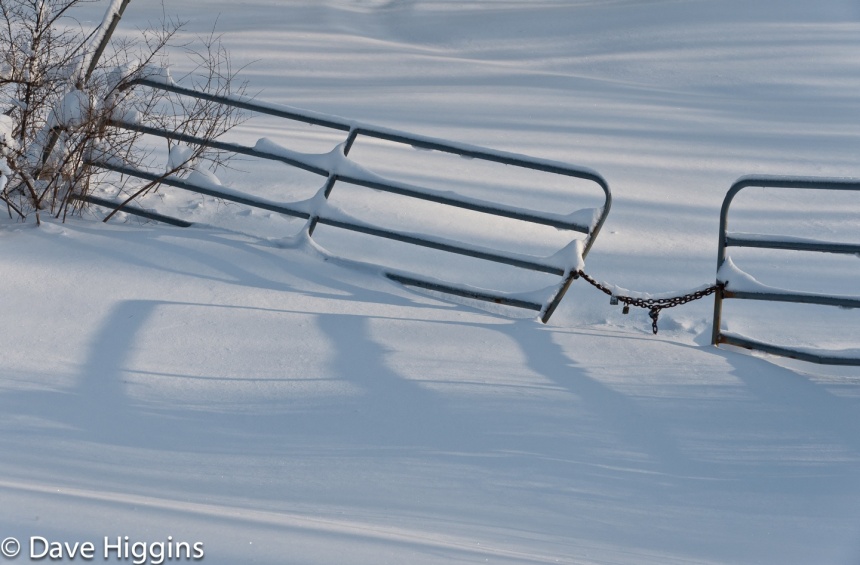 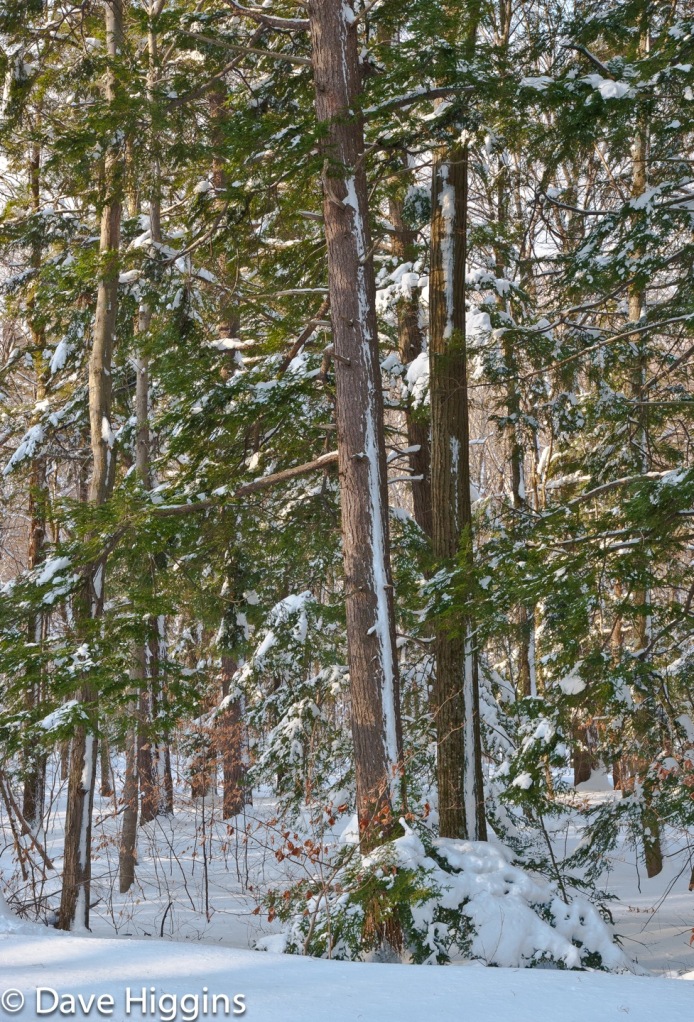 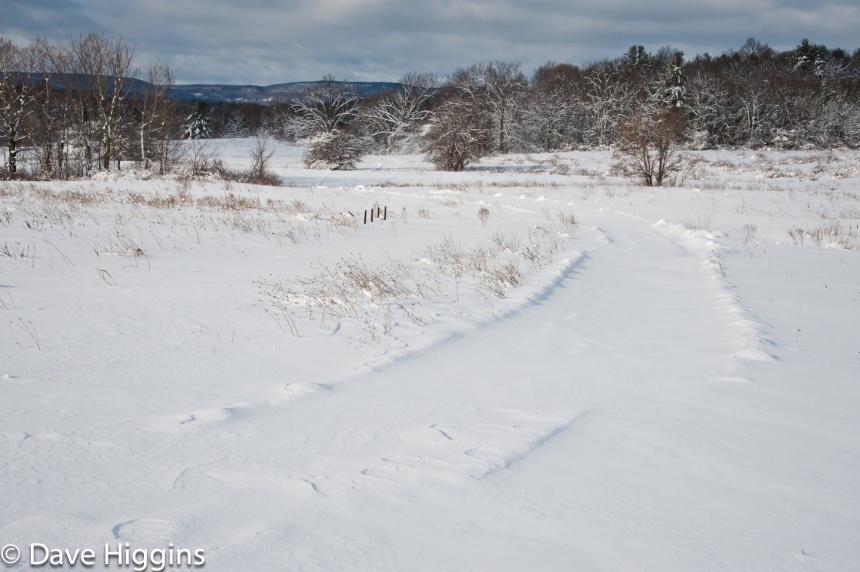 In early March we had an ice and snow storm. Usually the ice quickly melts after such a storm, especially one in March. But this time the temperature didn’t get much above freezing for a few days. Combined with the March sun, this led to a subtle thaw and refreeze cycle that led to some interesting effects.  Here’s a sampling… 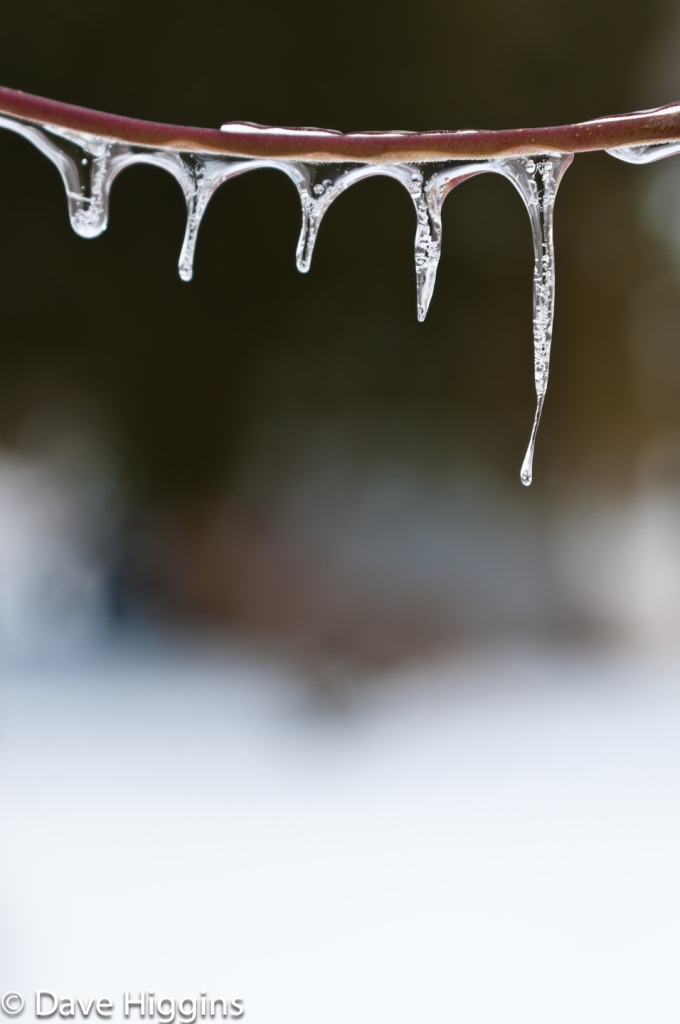 All photographs are © Dave Higgins and “Dave Higgins Photography,” 2011; all rights reserved.

Some additional winter photos done in black & white infrared can be viewed here.